Posted by Kerbinator on April 30, 2011
Posted in: New Video. Leave a comment

There have been a lot of speculations around why I am not touring with Kamelot and I want to make a statement although it may not prevent further guessing as to what’s actually going on. It is a fact however that I told the guys in the band already last fall (well after my burnout) that I was leaving the band. Naturally enough they were shocked (as was the label and everyone else working with Kamelot). In addition to risk of dropping ticket sales they wanted to give me time to think things over, and so I did. My decision still stands; It is finished.

I am currently spending time with my family in Norway taking it easy and wondering profoundly what the future is going to bring. Communication with the outer world has been so and so, but I have had several talks with Thomas along the way although I am still called in sick. I am terribly sorry that my decision is affecting so many others and I want you to know I wish the band & associates all the best for the future and that I enjoyed every second in the spotlight. How could I not…they were nourished by the best fans in the world! I am eternally thankful for everything you and Kamelot have given me and equally sorry that it has to end here. The good news is; God was there after all…

Love you to death!!!

All the best & so long,
Roy Khan

Posted by Kerbinator on April 29, 2011
Posted in: New Video. Leave a comment

Posted by Kerbinator on April 29, 2011
Posted in: News. Leave a comment

Mike Mangini, the 48-year-old session artist who has played for ANNIHILATOR, EXTREME, JAMES LABRIE and STEVE VAI, has officially joined DREAM THEATER as the replacement for the recently departed Mike Portnoy.

Commented Mangini: “The day that I got the phone call to be in DREAM THEATER, it took my brain a minute to assemble what was going on, and when it sank in, the feeling was just of tremendous relief.

“It means so much to me, I almost felt like crying a couple of times. [Laughs] I didn’t know what to do.

“What it means to me to be part of not only such a legendary band, but this band, is a sense of fulfillment and purpose. I feel like a puzzle piece, and with Mike [Portnoy] in particular, I feel really honored to carry on the torch for him; I’m carrying on his spirit.”

Regarding the decision-making process, the members of DREAM THEATER had the following to say:

Jordan Rudess (keyboards): “The thing that stands about Mike Mangini is that he [plays] with such intensity and direction and power, and that was very engaging.

“It was hard to totally decide; you can’t just say, ‘OK, it’s him and write off some other guy, because they’re both incredible.”

John Petrucci (guitar): “We unknowingly used a method that we use when we write music, which is, ‘Just hear out my side.’

“During that discussion, we kind of came to some conclusions, we hashed things out, and at the end of the discussion, it was clear. We made a decision.”

John Myung (bass): “A lot of it was just how felt with each particular drummer. It turned out that we were kind of all on the same page as to who we needed to carry on. I think it was meant to be.”

Mangini is notorious for his technical prowess and holds three out of four World’s Fastest Drummer titles. These include the Fastest Matched grip at 1,247 strokes in 60 seconds; Fastest Hands, which he earned by executing 1,203 single-stroke notes in 60 seconds without drumsticks mallets etc.; Fastest Traditional Grip which he earned by executing 1,126 strokes in 60 seconds; and Fastest Single Stroke Foot record, playing 13,222 hits in 15 minutes and 5,222 hits in five minutes.

Mangini has written two books about his drumming techniques. These books, titled “Rhythm Knowledge”, are a practice method for deconstructing and simplifying complex polyrhythms and time signatures.

Mangini joined ANNIHILATOR in 1991 and appeared on the band’s “Set The World On Fire” album. He toured with the group in support of the CD until 1994 at which point he was asked to play with the Massachusetts band EXTREME, replacing that group’s original drummer Paul Geary.

After EXTREME dissolved in 1996, Mike was informed through drummer Jonathan Mover that guitarist Steve Vai was auditioning drummers for his live band. Mike successfully auditioned for Steve Vai’s band and relocated to Los Angeles.

In 2005, Mike accepted a full-time teaching position at the Berklee College of Music in Boston and today he is a prominent faculty member in the school’s percussion department.

Portnoy, who co-founded DREAM THEATER more than 20 years ago, abruptly quit the band last summer while on tour with AVENGED SEVENFOLD.

He played on AVENGED SEVENFOLD’s latest album, “Nightmare”, following the death of that band’s drummer, Jimmy “The Rev” Sullivan, and toured with them in late 2010 .

The third and final webisode in which the members of DREAM THEATER share with their fans some of the intense process, along with the musical joy, that went into choosing a new drummer can be viewed below.

A little more than a month after Portnoy’s sudden departure from DREAM THEATER, the band held three days of auditions in New York City. Over an amazing and productive three-day period, the band played, jammed and spoke candidly with seven of the world’s greatest drummers, learning about them musically, personally and professionally, and assessing the fit of each drummer’s incredible chops with the band’s trademark prog-rock sound.

The members of DREAM THEATER have been extremely sensitive to the fact that this is not only a monumental decision in their own lives, but also a critical moment in the lives of their fans around the world. “The departure of our lifelong bandmate and friend was an unexpected and truly heartbreaking blow,” said guitarist John Petrucci. “The fact that as a result of that event we’d be introduced to seven infinitely capable and uniquely talented drummers was heartening.”

Posted by Kerbinator on April 29, 2011
Posted in: New Video. Leave a comment

Posted by Kerbinator on April 28, 2011
Posted in: Tourdates / Festivals. Leave a comment

Posted by Kerbinator on April 27, 2011
Posted in: News. Leave a comment

“We will be recording and mixing our first album release in 24 years, in Dortmund/Germany over the summer. We have recruited legendary producer, Waldemar Sorychta (Grip Inc., Enemy Of The Sun, Voodoocult, Therion, Tiamat, Moonspell etc.), to produce what will be the third Exumer album to date. We will enter the studio in early June and remain there throughout July to complete the recording/mixing process. We have commissioned Baptiste Treton, a French born artist who resides in Vietnam, to illustrate the new album’s artwork.”

Vocalist Mem commented: “We basically took off from playing live for this entire year in order to concentrate solely on writing, recording and mixing this record. Waldemar was the most logical choice for us in regards to producing this very important album. We heard what he had done with the last Sodom album and we all agreed that he is capable of preserving the spirit of a 1980s thrash band but still make them sound relevant today. That is exactly what we envision for Exumer. We became quite confident that we will achieve this objective after meeting Waldemar earlier this year and trust his intuition as a producer, songwriter and musician, as well as his ability to push Exumer’s envelope when it is necessary.”

The band added: “We began negotiating with several labels to release their upcoming CD and will announce the album’s title once a deal is closed.”

Posted by Kerbinator on April 27, 2011
Posted in: New Releases. Leave a comment 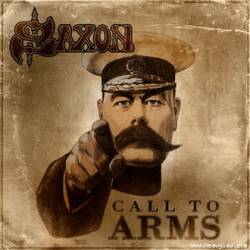 Tracklist
1. Hammer of the Gods
2. Back in 79
3. Surviving Against the Odds
4. Mists of Avalon
5. Call to Arms
6. Chasing the Bullet
7. Afterburner
8. When Doomsday Comes (Hybrid Theory)
9. No Rest for the Wicked
10. Ballad of the Working Man
11. Call to Arms (Orchestral Version)

Posted by Kerbinator on April 27, 2011
Posted in: New Releases. Leave a comment

Posted by Kerbinator on April 27, 2011
Posted in: News. Leave a comment

Vanden Plas will contribute the music to a new rock opera which is based on the book series “Chronicle of the Immortals” by famous German fantasy author Wolfgang Hohlbein. It’s the first time that any of Hohlbein’s works are brought to the theatre stage. The premier is scheduled to take place on January 21st, 2012 at the Pfalztheater in Kaiserslautern, Germany.