Posted by Kerbinator on May 31, 2011
Posted in: Tourdates / Festivals. Leave a comment

LA’s ARMORED SAINT will be performing their first, and possibly only, shows for 2011 this summer! On July 9th, the band will once again be hitting the Sunset Strip in Hollywood for a show at the Key Club with Hirax.

In August, the SAINT plans to head overseas for several European appearances including their first ever Norwegian appearance at the Lillehammer Rock Festival with Thin Lizzy, Hammerfall, UFO and more.

Comments Joey Vera of ARMORED SAINT: “We’re glad to finally be playing some shows in Europe this year. Because of some schedule problems we were not able to make some of the Festivals this Summer, but we are very excited to play some intimate and sweaty club appearances in Germany, as well as sharing the stage with Thin Lizzy, UFO and Hammerfall at the Lillehammer Rock Festival. We look forward to seeing you all out there, it’s been too long a time!”

terday thrash masters CRIMINAL – originally formed in Chile and now based in the UK – entered bassist Dan Biggin’s HVR Recording Studios in Suffolk, UK to record their seventh studio album, the first since the departure of guitarist / founding member Rodrigo Contreras and the subsequent addition of Basque guitar wizard Olmo Cascallar. “The way we’re approaching the drums this time around is to focus a lot on the set-up of the sounds before we record”, explains drummer Zac O’Neil. “I think in the past we’ve been too quick to start tracking without thinking too much about the raw audio. I’m very keen to move in a different direction from the way that metal is going with sampled and edited drums, and go back to the way that metal used to be before all this electronic trickery. Hopefully we’ll retain the dynamics and raw energy that just isn’t present in many productions nowadays. “I’ve also been concentrating on pre-production arrangements for the drum tracks. I want to make sure that what I play complements the songs and is not too busy or complicated for the sake of it. “I’m really looking forward to how this next CRIMINAL album will turn out. Hopefully we’ll also get some nice tracking footage as well for the fans to see just how we did it.” The album will be entitled “Akelarre”, the follow-up to the acclaimed “White Hell” (2009), will be released in August 2011 by Massacre Records.

It’s official, we have signed with Italy’s Metal on Metal Records! After going through a courting process with a few labels from around the globe, we are psyched to be working with Metal on Metal. Jowita & Simone(label heads) are true professionals, full-on metalheads, and the real deal, and we’re looking forward to the journey ahead. We’re currently wrapping things up in the studio on our next full-length, “Dead to the World”, slated for a July release. This will coincide with our first visit to Europe in over 20 years as we hit the Headbanger’s Open Air Festival in Germany in late July, and we’ll be looking to return for a proper tour in the fall/winter. We also recently released the video for “Halo of Flies”, our first ever recorded cover tune(originally done by Alice Cooper on the Killer record back in ’71). Check out the links below for Metal on Metal records and the Halo of Flies vid…more news to come soon! 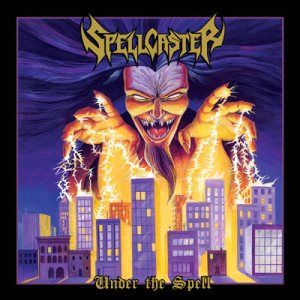 Carrying on the proud legacy of Pacific Northwest heavy metal bands such as MALICE, METAL CHURCH, early QUEENSRYCHE and WILD DOGS, SPELLCASTER formed during early 2009 to prove that traditional heavy metal is alive and well in the USA. After solidifying their lineup, SPELLCASTER hit the studio in late 2009 to record and self-release their debut three song CD EP entitled Spells of Speed. Catching the attention of New York’s Heavy Artillery Records, the band were offered an opportunity to join the label’s growing roster. Spells of Speed was re-released with bonus tracks during October 2010 becoming the first installment in the label’s now popular “Wax Maniax” demo series of limited edition vinyl and CD demo releases. The limited edition of 200 MLPs and 200 CDs sold out almost immediately and gained high praise from the metal press. Having completed their first North American tour during late 2010, SPELLCASTER returned home to their native Portland to put the finishing touches on the songwriting for their forthcoming debut album Under the Spell before hitting the studio during December 2010 to begin laying down the tracks.

Now armed and ready for battle, SPELLCASTER prepare for the release of Under the Spell on July 12th with two record release shows in the Pacific Northwest before finalizing plans for their next North American tour during late summer. As of today Under the Spell is now available for preview and digital pre-order at the Heavy Artillery Records bandcamp site: http://heavyartillery.bandcamp.com

Listen to SPELLCASTER at http://www.myspace.com/spellcaster123

BUY THIS ALBUM: Spellcaster – Under the Spell (Us Import)

Posted by Kerbinator on May 31, 2011
Posted in: New Releases. Leave a comment

“Quarterpast”, the debut album from MAYAN, was released on May 20 via Nuclear Blast Records. The CD was recorded and mixed by Sascha Paeth (EPICA, KAMELOT).

Posted by Kerbinator on May 29, 2011
Posted in: New Releases. Leave a comment

Posted by Kerbinator on May 29, 2011
Posted in: Reviews. Leave a comment 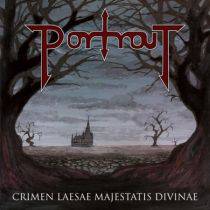 “Behold the sons of King and Melissa”

Back to 1983 King Diamond and the two angels of darkness Hank Sherman and
Michael Denner created one of the most dangerous and dark albums in the history of heavy metal, Melissa and the next year they gave us the second and
more perfect than the previous called Don’t Break The Oath. Now, 27 years later
the trustworthy and capable musicians and followers of Mercyful Fate, Portrait,
release an album which continues from where Don’t Break The Oath stopped and it is even faster and sharp!

By hearing Crimen Laesae Majestatis Divinae one time you will not be able to remember any of the songs or their rhythm and this because, although there are
eight songs you think that you heard 16 songs. This thought is the result of the
last of the songs and because in just one song you can find so many different riffs
that you find in a whole album of another band. “Beast of fire” sets you in the
quickness of the album, smart and fresh riffs following the diabolic way of the
preachers, an unstoppable drumming and a voice close to this one of King Diamond.

Christian Lindell and Richard Lagergen are the brains of Portrait and the best
students of their masters. They play side by side, the one completes the other,
they can be dangerous and aggressive “Infinite descension” and melodic too
“The wilderness beyond”. The second one we can say that it is the absolute continuity of “To one far away” and suddenly the brain begins travelling. Those two guitar players will be the best guitar duo in the future of heavy metal and both their riffs and solo will remain etched in the mind and insurmountable.

Songs like “Darkness forever”, “The nightcomers” and “The passion” are full of fast
and alternating riffs and solo and the strangest about these songs is the absence of choruses, but this is not a drawback, it can be regarded as something innovative in our music. In the song “Bloodbath” can you count all the different riffs? I just lost the counting! This voice of Per Karlsson brings back beautiful and lost memories and it is able to haunt our minds and nights whether he sings normal or high.

This album could not be more perfect, inside it there are all the characteristics of the primary black and extreme heavy metal, all the legacy of Mercyful Fate and also some clues of N.W.O.B.H.M. are well hidden in it so that you have to listen to it many times to reveal them and to find out the real beauty of it. The first album of Portrait, Portrait, is regarded just a nice album or the little spark for this holocaust consisted of satanic ideas. Do you see the house on the painting? You think that it is only a picture, an illusion, but actually, you have already entranced it and guess what… the door is closed, you are not able to return, the last song “Der Todesking” is the last dose of poison which runs your blood. You belong to someone else now!