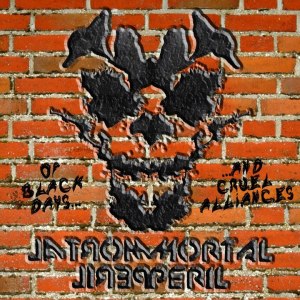 Tracklist:
1. Win this War
2. Death to all the Tyrants
3. One more Black Day
4. Raper of Phrases
5. Cry for Yesteryear

T&N reunites George Lynch, Jeff Pilson and “Wild” Mick Brown – aka “The Big Three” from Dokken – for this brand new 12 song disk that will surely be referred to as a classic in years to come! Returning to their roots, “Slave to the Empire” offers eight new original songs and four re-recorded classic Dokken songs that feature sensational vocal performances by Tim “Ripper” Owens, Doug Pinnick (Kings X), Sebastian Bach, and Robert Owens (Warrant). Add to the mix the hard hitting, multi-talented drumming of Brian Tichy and you’ve got yourself a major dose of awesome! This 12 song release is progressive, it’s heavy, it’s dark, it’s bluesy, and each player’s performance is absolutely stellar. “Slave to the Empire” captures the spirit and magic from the classic metal genre, and is truly a work of art that will not disappoint! Official worldwide release date is set for October 31, 2012.

For pre-orders and audio samples please visit: www.ratpakrecords.com/TandN and www.slavetotheempire.com

MELECHESH – to tour Europe in November! 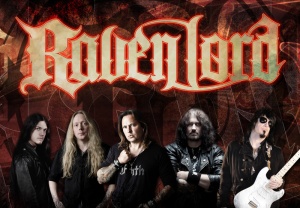 Jamie Mallender had the following to say on the matter, “I can barely contain my excitement. I am a huge fan of Joe’s, so when Csaba asked me what I thought about asking him to play for us I jumped at the chance to work with the finest exponent of the rock guitar virtuoso playing style. Joe Stump has quite a considerable catalogue of excellent solo releases under his belt – both instrumental and with Reign Of Terror, Holy Hell and a long list of guest appearances. He is also a renowned guitar teacher with his own series of instructional releases available on “Shred Academy” and brings to the band a wealth of touring experience. RAVEN LORD sounded like an exciting prospect before, but now with Joe on board things are shaping up to be a true force to be reckoned with and one can only await the release of their debut album with bated breath and sweaty little Heavy Metal hands.”

RAVEN LORD’s singer and founder Csaba Zvekan had to say “Knowing that Joe Stump is in the band means a great deal to me as now RAVEN LORD has a strong foundation for the future. As well as for touring and for future recordings. Joe’s playing is stunning and with him in our ranks we step up to another level. They don’t call him the “Shredlord” for nothing. ”

Joe Stump in his own words on joining Raven Lord: “I was recently approached by Csaba Zvekan and the RAVEN LORD guys about the possibility of joining the ranks. Needless to say after hearing Csaba’s voice as well as the the sound of the band I was sold. I’ve been at this a very long time and I know quality metal when I hear it. Looking forward to working with the fellas and of course bringing some serious over the top shredding and fierce metal riffage to RAVEN LORD.”

Raven Lord are priming themselves to deliver metallic carnage across the globe.

The line up shapes up as follows :

There is more information about Joe Stump on his official website at – http://www.joestump.com and Raven Lord:

Finnish heavy metallers BATTLE BEAST, whose amazing debut album “Steel” is out via Nuclear Blast since the 27th of January 2012, announce the departure of lead singer Nitte Vänskä from the band. They’ve issued the following statement:
“August 19th Nitte sent the rest of the band an e-mail stating that she was leaving the band, effect immediately. As the reason for her leaving she recited her will to focus on her family life. As this happened without any prior notice, the rest us were slightly disappointed.
But what’s done is done, and we’re thrilled to announce the new BATTLE BEAST vocalist with a voice and character to take the band to heights of glory.

Ladies and gentlemen, we give you NOORA LOUHIMO!

This young singer is already experienced in performing some of the most demanding rock songs in existence and is now ready to take her big step into the metal world. With lungs of leather and a voice to order gods with, Noora possesses all the requirements to deliver the kind of power needed for performing BATTLE BEAST’s music. Don’t believe us? Hear her ripping through ‘Iron Hand’ in the video we’ve uploaded to YouTube! See what you think after that.
Noora will also be performing all the lead vocals on BATTLE BEAST’s second album set to be released early 2013!
With Noora in the band, BATTLE BEAST is ready to take itself and its music to the next level. The whole band is now burning with newly found energy and motivation and hell bent on conquering the entire metal consuming planet.”

Speaking of conquering the world, BATTLE BEAST are happy to announce their upcoming European tour as support of their fellow countrymen SONATA ARCTICA:
“We feel honoured to announce that BATTLE BEAST will be supporting their fellow Finns SONATA ARCTICA on their European tour this November. The tour will span a total of 20 shows in 11 countries. Needless to say, we are absolutely psyched!
To all our fans everywhere in the world, a big thank you for showing your undying support for the band! See you in a couple of months! Justice and Metal!”