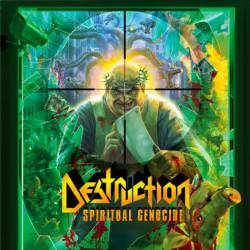 Tracklist:
1. Exordium
2. Cyanide
3. Spiritual Genocide
4. Renegades
5. City of Doom
6. No Signs of Repentance
7. To Dust You Will Decay
8. Legacy of the Past
9. Carnivore
10. Riot Squad
11. Under Violent Sledge

The swedish Heavy Metal bloodbrothers of ENFORCER recently signed a new worldwide record deal with Nuclear Blast Records. Their new album is called „Death By Fire“ and will be released on February, 1st.
Bandleader, vocalist and guitar player Olof Wikstrand comments: „It feels great to finally have finished this long awaited third ENFORCER record. Now with Nuclear Blast on board we’re gonna make sure to spread it to every corner of this planet. You can expect nothing but the total, self defining ENFORCER record.“
Nuclear Blast head of A&R, Andy Siry says: „ We’ve been following the career of ENFORCER since their debut album, because from there on, they formed the spearhead of a new, young generation of traditionally influenced metal. We’re impressed by the bands consequent and authentic appearance, whether on stage, concerning their sound, their image and so on. This reminds of the atmosphere of departure and the rebellion, heavy metal represented at the beginning of the 80’s. ENFORCER have got that special something, represent their ideals and they know what they want. We’re looking forward to the upcoming CD and a long successful cooperation.”
More news under:
www.enforcer.se I www.nuclearblast.de/enforcer 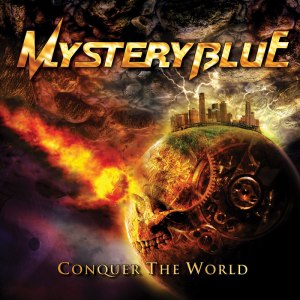 SAXON prepare to deliver their latest album Sacrifice, in February 2013

WITH A storming new stomp in their boots and a renewed, lithe swagger to their legendary sound, Saxon will release “Sacrifice”, in February 2013 through UDR. Taking a sharper, re-invigorated approach to the production, on this, their 20th album, Saxon have produced 10 of their strongest, heaviest and most inspired songs for many-a-year, and a more than worthy successor to their last album “A Call To Arms”.
“Less tricks, more power!” roars frontman and founding father Biff Byford, “my brief to the band was to be raw, be real and not be afraid to look back at the old classic material for inspiration.”

The album was recorded at LS Studios in Yorkshire and was produced by Byford with Andy Sneap mixing and engineering by Jacky Lehmann. It fairly bristles with muscular metallic intent, Paul Quinn’s and Doug Scarratt’s guitar Saxon “Sacrifice” – Pressreleasework the best it’s ever been, while Biff’s vocals sound fresher and livelier. The songwriting too harks back to a classic era in Saxon’s history, with the likes of ‘Warriors Of The Road’, ‘Wheels Of Terror’ and ‘Stand Up And Fight’ evoking the halcyon days of yore with a contemporary twist, the classic Saxon sound absorbing the snarl, ferocity and attitude of contemporary bands (and fans) such as Megadeth, as evidenced by the crunching title cut ‘Sacrifice’.
“It’s certainly been done from a more early ‘80s thrashier perspective,” explains Biff, “and it’s not just guitars bashing away willy-nilly, they’ve got a fresh drive, purpose and perspective.”

The new Shakra release in upon us. The Swiss heavy metal outfit in conjunction with their record label AFM Records have revealed the first details of the new upcoming album. The new album entitled Powerplay, will see its release on January 11th 2013. Powerplay is the band’s ninth album, fifth overall on AFM Records, and follow up to Back On Track released in 2011.

Review: HERETIC – “A Time of Crisis”

Read the Review here:   HERETIC – “A Time of Crisis” 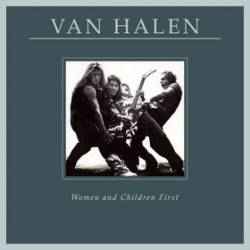