“Moon: The Source of the Lost Souls”

A production that smells natural landscape, without the touch of the contemporary hand, songs that create imaginative landscapes in the mind and lyrics that behind all the modern pretexts emanate a truth that humanity does not accept it. All those things are existed in a black/thrash album? Oh yes. And add that the most songs prove the progressive way of thinking of Archon Vorskaath, the only leader of Greeks Zemial.

How does it seem to you having in your hands a black/thrash album, carrying within prog rock elements that take it far from the usual things? Such as a surprise? Maybe and yet the most pleasant surprise you couldn’t expect. From one side you feel through the listening the spirit of the early Bathory, late Darkthrone and Venom (but not as aloud as the Swedish band). “Ancient Arcane Scrolls”, “Under Scythian Command” and “Breathe of Pestilence” are the example of the simplest black/thrash songwriting with a riffing that either attracts you more and more or in seconds touches the limits of heavy/speed sound.

On the other side, you are facing songs in which the marriage of black with prog rock seems the most normal thing in music. Through “In the Arms of Hades” and “Pharos” we stop talking about simple and daily songs. We are talking about Culture, the vector of art, which music ministers. Here Archon unfolds his deepest vision with touches that invoke to Camel (in my point of view) and his personal sign through the Mediterranean melodies on guitars and the sci-fi keyboards leading to a majestic result. And if those two songs are the longest, pay all your attention to the five minute “The Small”. His title is a huge paradox, as it is an eternity on its own. Every second of sound is an image to my eyes, ears and mind.

Like this album, there are some out there, but the theme is who’s paying the right attention on them… Whether you like black/thrash or not, do not miss the chance to listen to “Nykta”. I repeat, it’s not a common album and yet the Egyptian atmosphere on keyboards and the grafical performance of Archon capturing you, like the light of the full moon attracts you.

Mark Briody, Harry Conklin, Rikard Stjernquist, Joey Tafolla and John Tetley have nailed down a setlist and are gearing up for the upcoming European shows.  Bassist John Tetley says ‘We’ve added some songs to the setlist that people have been requesting for years.”.  Catch the guys on the road in Europe in 2014.

Posted by Γιάννης Κ. on November 23, 2013
Posted in: New Releases. Leave a comment 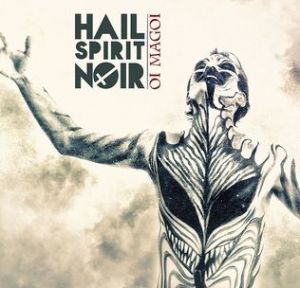 The Greek band Hail Spirit Noir will spread its black/prog rock stigma through their second album “Oi Magoi” (The Magicians) on January 20th, 2014 via Code666.

The sense that has been created through their debut “Pneuma” is about to go on through this album and the journey where black metal is combined with psych/prog rock. 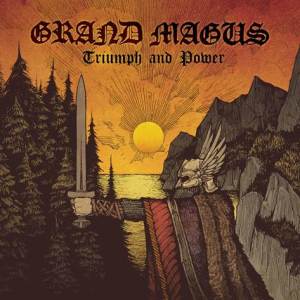 The Swedish band Grand Magus has announced that their new album will be entitled “Triumph and Power” and will be released on January 31, 2014 via Nuclear Blast.

The band stated on the album: “Triumph And Power has been completed. It’s a metal triumph of Viking power! Once again we worked with Nico Elgstrand as producer, a tradition that started with Hammer Of The North back in 2010. This is our strongest album yet. It has the northern feel. It has the power and the melody that has become our mark of excellence. Fans of true metal will take this album to their hearts. To top everything off, we have the striking and epic artwork of Anthony Roberts. The album cover perfectly captures the work on this album and GRAND MAGUS as a band. Stay true!”

LISTEN TO ‘SWAN SONG (RECONSTRUCTION CIRCA 1984)’ ON SOCIETE PERRIER

AVAILABLE DECEMBER 3, 2013 VIA THE END RECORDS

FOR IMMEDIATE RELEASE New York, NY (November 12, 2013) – It is with huge pleasure that The Mission announces the release of their new single, by popular demand ‘Swan Song’, the 2nd single from their recent album ‘The Brightest Light’.

Societe Perrier is excited to premiere the ‘Swan Song (Reconstruction Circa 1984)’ remix off the new EP.

Listen to ‘Swan Song (Reconstruction Circa 1984)’ on Societe Perrier

They have also filmed a new video, again directed by Rhory Danniells, for the single that was partially shot using the new MOVI M10 handheld 3-axis digital stabilized camera gimbal. This is the first music video to be shot in Europe with this equipment. For more information on the MOVI M10, please click HERE

The video will be released along with the digital EP on Tuesday 3rd December in North America via The End Records from all usual digital outlets.

Wayne: “We’ve chosen Swan Song as the next single because of it’s overwhelming popularity with our audience, both live and on the album. It’s certainly the most ‘Mission’ like song on the album, it’s epic. As is the video that we’ve made for the song.”

2. More Than The Truth – Produced by David M Allen with additional production and mixed by Wayne Hussey. A new song that the band recorded during The Brightest Light sessions.

Wayne: “We went a bit electronic with the rhythm track of this, hence it didn’t really sit with the rest of the songs on the album for which we employed a far more organic approach. An album needs to sit together as a whole and have cohesion. That’s why it always takes me days to decide on which tracks to use and in what order. A big part of the process, even in this day and age of random playlists on an iPod. But this song is cool, it has a good energy and I like it’s tension. Not that I’ve been in a club for a long time but I can see this being played and not clearing the dance floor.”

Wayne: “I wanted to re-record the song and make it sound like something I may have heard on the dance floor of a goth club in 1984. I used a 909 drum machine for that authentic 80’s drum sound and the guitar sounds are all phase and chorus. Nostalgia is all we’ve got to look forward to.”

Simon: “I worked with my old friend James Bacon on this. In the 90’s we were two thirds of electro band Mindfeel, and as such have spent countless studio hours together, so I thought it would be interesting to apply some of that aesthetic to a Mission remix. I set off at 6am and drove up from Devon to Sheffield. The first half of the day was a bit mad, with Dave (Allen) in London, uploading missing vocal and guitar files and us downloading them into the mix. But we decided on the vibe pretty much straight away – taking out the chord changes and rooting it down to just the verse bass line, which all the other recorded elements work really well with. James put in a keyboard pad, and all in all I think we achieved quite a Mindfeel-sounding mix of a Mission song.”

5. Swan Song (Reaper Version) – Produced by David M Allen. Vocal by David M Allen.
Dave: “When the idea of different mixes for Swan Song was suggested I found it difficult to think of a different approach as nowadays I do everything to make the mix I finish “the one”. Coming back from a Saturday night pub Kareoke session and frankly a little tipsy I had the crazy idea to sing it myself. At least I thought that Wayne would have some amusement out of it along the lines of “Cheeky Fucker !”. To my mixed feelings of horror and pride, he said that he liked it and asked if it could be used. Vanity won over horror for which I beg the listeners indulgence.”

Wayne: ” I was sat at home watching TV and strumming my nylon stringed classical guitar and this version of the song just naturally evolved. Obviously with one eye on an acoustic version that I’ll be able to play at my solo shows it is proof that a good song can be played in any one of myriad ways. I think this is probably my own personal favourite version of the song. Of course it is.”

All tracks mastered by James Bacon.

Also available: The Mission’s most recent album ‘The Brightest Light’ featuring original members Wayne Hussey, Craig Adams and Simon Hinkler along with drummer Mike Kelly. This is an work that pulls from The Mission’s history and showcases their talent and musicianship in a new era.

Taking cues from the modern metal scene that is sweeping across the country of France, up and comers THE BETRAYER’S JUDGEMENT are proud to announce their forthcoming EP “Philosopher” will be released to all digital stores end of November with the Physical release worldwide in mid-December.

In celebration of this, we are proud to unveil their latest film clip, taking the same name as their upcoming single ‘Broken Mirrors’. According to the label this is a must have for fans of Tesseract, Uneven Structure and Periphery.

Philosopher will feature a limited run including a bonus track remixed by Remi from The Algorithm. Register now to preorder by sending an email to :
twinpeakrecordsinc@gmail.com

Danish artist and songwriter Ivan Stenger, will release his new ‘ Skin Tuxedo’ album titled ‘Harlot of the night’ on November the 15th.

..The new songs came very natural to me as I wrote a lot of them on the piano instead of guitar.
It helped me to think a little out of the box and try out different song structures. Some of the songs have rather odd drum sounds and rhythms.
I also had the need to expand the genre of Skin Tuxedo. I tried to create a more original and unique sound this time.
I also needed to put more soul and atmosphere into it inspired by the more Indie music and even Folk.
Lyrically I was inspired by the choices we make as human beings and the psychology behind it.

”Meet Ivan Stenger, a 34 year old self-taught Danish songwriter, lyricist and musician. With a great passion for pure and honest music, He started playing drums at the age of 12 but soon after he picked up the guitar as well and started writing his first songs along while drumming for the local band Tongue (later changing name to Between Lines till the break up)

After years of playing, dedicating himself to the rock’n’roll life along with the metal band Pentagun and become father, Ivan decided to put into music all his inspiration and influences, giving birth to two different projects named Colliding with the Aliens and Skin Tuxedo.

Somewhere between Metal, Progressive Rock and plain Rock you´ll find Colliding With The Aliens. A Danish one-man-band dragging you through dark valleys of self awereness, soon to be available along with the project Skin Tuxedo, rock-your-socks-off Rock & Roll with a slight twist of unpredictability!”