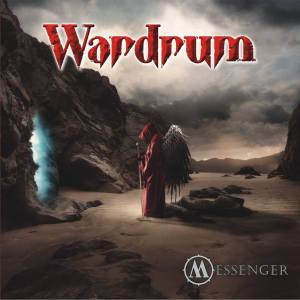 Third album for Wardrum in three years and it seems that nothing can prevent them from keep following a vision that began three years ago. “Messenger” keeps the firmness of “Desolation” and dares to walk a step beyond. Not through its 14 (with 14 choruses, rare but true!) songs, a number that under other circumstances would be too much to bear, but mainly through the productivity the members have the ability to provide.

I know that it will be sounded such as strange thing; “Messenger” is like “Welcome to the Ball” or “Word of Mouth” from Vicious Rumors. Not because of the genre, but mainly because of the diversity following the productivity mentioned above. The band smartly moves from “catchy” songs like “Lady Jane Grey”, “Phoenix”, “Looking Back” to straight powerful ones like “The Messenger”, “After Forever”, “Vengeance” without leave you with a piece of boredom in the end. Also, the high technique in their sound is marked by a trio of songs that I regard them as the digest of the US prog/power sound. It must have been a long time since a hopeful band wrote songs like “Oceans”, “Red Ruby Heart” and “Broken”. Stergios Kourou is clearly proved not to be just a great listener, but largely an excellent musician with a past that acts as his wayfarer in inspiration. I obey them.

And yet, nothing ends here. I cannot end the text without mentioning the contribution of the other members. Kostas Vretos with his talented style on guitars, from one side permits to the spirit of Crimson Glory soaring free through “Deceiver” and a couple of other songs and on the other side his riffing and neoclassical solos give the chance to Wardrum to vary in the circle of the sound. Giannis Papadopoulos is appeared on earth like another Carl Albert making real that a gifted voice must shares all the facets of it; melody/lyricism, screams, anger and just keep in mind that in live performances he is levels higher. Last but not least, Kostas Scandalis. The most noiseless member and yet the one who is responsible for this perfectly clear production (add in this the integration of more phonic channels unlike the previous albums). Four members that are the Alpha and the Omega in the band.

If you still have reservations about Wardrum or their new album “Messenger”, then it means that you are very good readers but not strong listeners. When an album ends with a more than addictive “Four Seasons”, the rest is history. 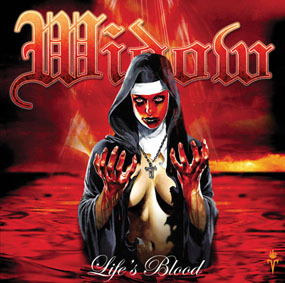 2011 is gone, but music never stops being the main face of our daily life and bands never stop recording nice and interesting releases, especially when the atmosphere of memorable days of the past are in the present again. Widow is a band from United States that has completed a decade and four albums are a good sign that this band
has a vision for a longer and harder future.

The new album Life’s Blood apart from the nice and bold artwork has also and a somehow bold material which is easy in listening and has to offer very interesting moments, not in the whole album, but always a few not so interesting moments can never rumple the total image of the album. Actually to express my frankness the first half of the album has the best songs and the second half contains songs that from one side are good, but not too strong to bring the album in higher levels.

The band does something unique I could say, without revealing the fire or the wheel and without imitating any other band. They marriage the sound of US metal with the sound and the clues of NWOBHM. The beginning could not be better as “Lady Twilight” has the
power and the feeling to get into the real atmosphere of the album. But if this beginning is one of the strongest moments then the two next songs are THE strongest moments.

“In Dreams” and “Take Hold Of The Night” have not only fast rhythm, but also smart choruses which can stay in your mind at once.
The work of John Wooten and Cristof Bennett on the guitars id full of passion and will for speed, but they know their limits and when the songs can make you stick on them, just like “The Burning Ones” or “I Scream for Ice Queen” and what helps more the final result
is the production, which shows and the modern techniques on the guitar parts.

I insist on listening to this album and even if you will not like all the album, at least you will appreciate its strength, you will appreciate the thought of the members to play as heavy as they can. Something last and important, sometimes words are not able to describe the image of an album and beyond my thoughts the real matter is how many times I will listen to those songs that really stole my mind.