“Hammer Damage” is the title of the new album of the US-Metal legend OMEN. It will be released via Pure Steel Records worldwide.
The album was supposed to be released by the end of june, but the studio of the band’s mastermind Kenny Powell was damaged by a tornado. After weeks of analysis of the damage and its repairs Kenny has to inform that the whole damage was bigger than expected.

Kenny: “First off I hate to be an excuse maker, but I have had a huge problem with the studio, I have been putting off a new roof on my house until the record was finished, after several days of heavy rain, the studio was flooded and the roof collapsed in. It took me several days to patch things up and clean up all of the equipment, thankfully nothing was damaged.”

Posted by Kerbinator on June 26, 2012
Posted in: New Releases. Leave a comment

On September 14th, the new BULLET record “Full Pull” will be released worldwide on Nuclear Blast Records. The CD was recorded in “Gutterview Recorders” in Solna/Stockholm, along with Nicke Andersson (Entombed a.o.) and Fred Estby (Dismember a.o.).

Below you find the artwork, created by Gustav Sandstedt

The regular version of the CD will contain eleven tracks; the limited edition digipak, as well as the vinyl version (black color + golden color, exclusive for the Nuclear Blast Mailorder) will have a bonus track:

In advance of the album release, there will be a 2-track single, out on July, 13th.
The single will be available digitally and on vinyl, with various colours. The artwork was created by Adam Zars (Enforcer).

Tracklist:
Side A: Full Pull
Side B: Get On

Review: CANDLEMASS – “Psalms for the Dead” 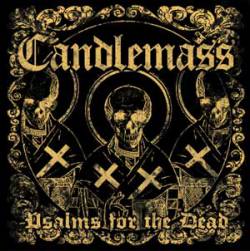 Tracklist
1. Prophet
2. The Sound of Dying Demons
3. Dancing in the Temple (of the Mad Queen Bee)
4. Waterwitch
5. The Lights of Thebes
6. Psalms for the Dead
7. The Killing of the Sun
8. Siren Song
9. Black as Time

„Psalms for the Dead“ is the last album of the swedish doom institution Candlemass – but this doesn’t mean that the band will retire after that. Everytime the swedish were measured by their debut album „Epicus Doomicus Metallicus“. Also the three strong albums after their reunion in 2001 couldn’t change anything.

Candlemass collected nine songs on their final album. All are kind of short songs. With its 7 minutes „Waterwitch“ is the longest and „Dancing in the Temple (of the Mad Queen Bee) with 3 minutes is the shortest song. Even so the band tries to lay the cards of all their trademarks. Headed by brilliant vocalist Rob Lowe, who quit surprisingly six days before the album’s release, Candlemass open with the speedy „Prophet“. The rest of the album is slow as usual, powerful and tempestuous. Equipped with amazing riffs especially the title track or „The Sound of Dying Demons“ know how to proof.

All in all Candlemass deliver a solid Epic-Doom-Metal work with their assumed farewell album. Cause of the short playing time of the single songs the five-piece steel themselves certainly some of the atmosphere. Hardly atmosphere is newly formed, the song ends. But those who can look back to an immense strong catalogue of good albums don’t have to worry about finding a great set list for their live shows.

The tracks on „Psalms for the Dead“ are really not bad, but Candlemass definetely have written better ones during their long career.

Poland’s Progressive Rock shooting starts RIVERSIDE have commenced working on a new, yet untitled, studio album, expected for a release around early 2013 via InsideOutMusic.

The band has now also signed a new deal with InsideOutMusic, extending the fruitful international co-operation between the parties.

RIVERSIDE checked in to comment about the newly signed deal as follows: “We’re very pleased that we’ll keep collaborating with InsideOut/Century Media. We’ve overcome many difficulties together and we hope that the new contract, signed at the moment when we start another decade as a band, will help us to grow more, and will make us able to reach a larger number of listeners with our music. The new album is on the way. I believe it will be a new beginning for RIVERSIDE.”

Thomas Waber, founder and label manager of InsideOutMusic, added: “RIVERSIDE is one of the most important bands on InsideOutMusic and in the current Progressive Rock scene. Therefore I am extremely pleased to be able to renew and continue the relationship with our friends from Poland!”

You can follow the band’s recording process of the new album by visiting their online blog here. A video interview with the band directly from the studio can be seen here.

The upcoming album is the much anticipated full-length follow-up to the band’s latest, 4th studio album “Anno Domini High Definition”, which had entered the sales charts in Poland at # 1 (Gold album status by now!), Germany at # 94 and The Netherlands on # 58 upon release in 2009. In 2011, RIVERSIDE released a special EP entitled “Memories In My Head” in order to celebrate the band’s 10th anniversary of existence.

UK’s Premiere Melodic Hard Rock band TEN have finally completed their new album for release later this year. This much anticipated album is TEN’s ‘tenth’ studio release and it will be entitled “Heresy and Creed”. The album is already being described as a landmark recording. First playback listens indicate that this collection of songs is potentially set to be their greatest opus since their 1997 release “The Name Of The Rose”. Musically it once again marks the perfect union between grandiose and epic Hard Rock tunes. Very melodic, hook-laden singalong songs with a scattering of immense and haunting power ballads to complete the typical TEN tapestry.

Singer and composer Gary Hughes says: “It is a particularly strong selection of material. I feel this is possibly our most mature, and diverse collection of songs ever. There is literally something in there for everyone and every taste”.

The album was mixed and mastered by Dennis Ward and with its release scheduled for the fall, “Heresy And Creed” could crown another classic year, both for TEN, and historically for the Melodic Hard Rock scene as a whole. More details will follow at a later stage.

Hell Yeah – the US metal veterans AXEHAMMER signs a worldwide deal with PURE STEEL RECORDS. The new album “Marching On” will be released in September 2012. Be prepared – AXEHAMMER are stronger than ever! Welcome back AXEHAMMER! It´s an honor to work with you!!!

“Hello world wide metal fans. we are happy to announce our new partnership with Pure Steel Records, with the release of our new CD, MARCHING ON and look forward to a prosperous future. Metal forever from Axehammer.”

Scream away in the wind of chains…

In support of this upcoming release, the band will be touring North America with MORBID ANGEL and DARK FUNERAL this September/October. In regards to the album and tour, founding member Ola Lindgren (vocals/guitar) comments, “GRAVE will return to North America in September, sharing the madness with our comrades in MORBID ANGEL and DARK FUNERAL. After the successful ‘Into the Grave’ sets we did in September last year, it will be very exciting to come back to promote the new album ‘Endless Procession of Souls’, which will be released August 28th in North America (Aug 27th in Europe) through Century Media Records. This killer bill is in extremo deluxe and will show you what brutality is all about…Beware the Winds of Chains!”

DARK FUNERAL’s Lord Ahriman (guitar) adds, “We are extremely proud to announce our participation in the upcoming MORBID ANGEL tour throughout North American territories this fall. We will march alongside our Swedish comrades GRAVE and American death metal-bezerkers VADIMVON, and it is without a doubt that this very tour will surely be remembered as one of the most extreme tours of all time. Hence, we command all our loyal North American metal-demons to come out and celebrate utter darkness every night. It’s time to ignite the black flame and show the world that the force of extreme metal is unrelenting.”

All upcoming tour dates are below, so check to see when MORBID ANGEL, DARK FUNERAL, and GRAVE will be coming to a city near you!